This site uses cookies to make it more efficient. Find out more about our cookies and how we use them.
Click here to dismiss this message. 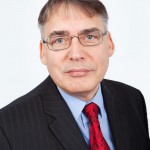 Professor Ebdon has been Director of Fair Access to Higher Education since 1 September 2012. He was previously Vice Chancellor of the University of Bedfordshire.

That followed an illustrious career in analytical chemistry, including more than 250 publications and several awards.

Professor Ebdon was awarded a CBE in 2009 for services to local and national higher education and was appointed Deputy Lieutenant of Bedfordshire in 2011. Since 2013 he has been listed as one of Britain’s 500 Most Influential People by Debrett’s.